The amazing camera that can see around corners (w/ video)

(4 December 2015)  How can a person see around a blind corner? One answer is to develop X-ray vision. A more mundane approach is to use a mirror. But if neither are an option, a group of scientists led by Genevieve Gariepy have developed a state-of-the-art detector which, with some clever data processing techniques, can turn walls and floors into a “virtual mirror”, giving the power to locate and track moving objects out of direct line of sight. Read more

(4 December 2015)  The optical properties of metallic nanoparticles are highly sensitive to interparticle distance, giving rise to dramatic but frequently irreversible color changes. By electrochemical modification of individual nanoparticles and nanoparticle pairs, we induced equally dramatic, yet reversible, changes in their optical properties. We achieved plasmon tuning by oxidation-reduction chemistry of Ag-AgCl shells on the surfaces of both individual and strongly coupled Au nanoparticle pairs, resulting in extreme but reversible changes in scattering line shape. Read more

Pushing the limits of solar cells

(2 December 2015)  In a new paper in the Journal of Physical Chemistry Letters, Assistant Professor of Chemistry and Biochemistry Kenneth Hanson and his team have introduced a new strategy for generating more efficient solar cells. The team is composed of post-doctoral researcher Tanmay Banerjee and graduate students Sean Hill and Tristan Dilbeck.

(2 December 2015)  Physicists have built a nanowire cage that blocks one or more wavelengths of light from either entering or escaping, yet allows liquids and gases to pass through the small gaps between the nanowires. The “optical metacage” takes advantage of the optical properties of nanowire structures, and could have applications including protecting microorganisms from radiation, optically shielding nanophotonics components, and laser-driven drug delivery. Read more 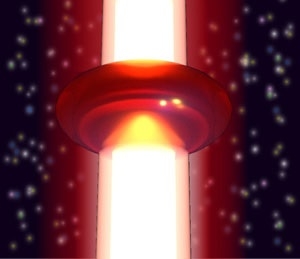 Steering the flow of light

(2 December 2015)  A study into the way nanoparticles scatter light could lead to simpler and smaller optical nanoantennas with improved directivity and efficiency — crucial components for the next generation of advanced photonic devices (“Optimum Forward Light Scattering by Spherical and Spheroidal Dielectric Nanoparticles with High Refractive Index”). Boris Luk’yanchuk and co-workers from the A*STAR Data Storage Institute together with a collaborator in St. Petersburg University, Russia, undertook a detailed numerical investigation of the light scattering characteristics of dielectric nanoparticles of different shapes with high refractive indexes (larger than 2). They focused particularly on nanoscale spheres and spheroids. Read more

(1 December 2015)  Few technologies have the power that particle accelerator technology has to touch upon such a broad range of applications at the many frontiers of modern science. Today, thanks to improvements in laser technology, a new generation of accelerators could soon emerge to replace accelerators relying on radio frequencies. In this new special issue, the journal EPJ Special Topics explores the requirements necessary to make such laser accelerators a reality, by presenting the work of the International Coherent Amplification Network (ICAN) research collaboration. Potential applications include future colliders, solutions for vacuum physics, design of Higgs-particle factories, creation of sources of high-flux protons and of neutrons, among others. Read more

(30 November 2015)  Innovative new research has demonstrated how the extraordinary properties of graphene can be exploited to create artificial structures that can be used to control and manipulate electromagnetic radiation over a wide range of wavelengths. Read more

(20 November 2015)  Metamaterials and plasmonics are powerful tools for unconventional manipulation and harnessing of light. Metamaterials can be engineered to possess intriguing properties lacking in natural materials, such as negative refractive index. Plasmonics offers capabilities of confining light in subwavelength dimensions and enhancing light–matter interactions. Recently, the technological potential of graphene-based plasmonics has been recognized as the latter features large tunability, higher field-confinement and lower loss compared with metal-based plasmonics. Read more

(18 November 2015)  A new manufacturing method to create three-dimensional nanostructures has been uncovered by scientists. This revolutionary method enables large-scale production of photonic crystals that can capture light. The discovery also makes it possible to produce chips with additional functions for mobile devices, computers and other applications. Read more

(5 November 2015)  Photocurrent in photodetectors incorporating van der Waals materials is typically produced by a combination of photocurrent generation mechanisms that occur simultaneously during operation. Because of this, response times in these devices often yield to slower, high gain processes, which cannot be turned off. Here we report on photodetectors incorporating the layered material In2Se3, which allow complete modulation of a high gain, photogating mechanism in the ON state in favor of fast photoconduction in the OFF state. Read more

(30 October 2015)  The University of Liverpool is part of an international research team that have demonstrated a new semiconductor material made from abundant elements which can be “tuned” for use in solar cells instead of rare elements. Read more

(28 October 2015)  An international team of researchers from Lomonosov Moscow State University and the Australian National University in Canberra created an ultrafast all-optical switch on silicon nanostructures. This device may become a platform for future computers and permit to transfer data at an ultra-high speed. An article with the description of the device was published in the Nano Letters journal and highlighted in Nature Materials. Read more 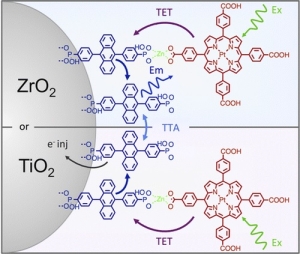 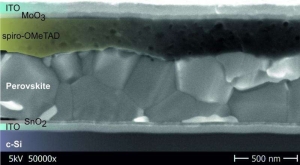 (22 October 2015)  Teams from the Helmholtz-Zentrum Berlin and École Polytechnique Fédérale de Lausanne, Switzerland, have been the first to successfully combine a silicon heterojunction solar cell with a perovskite solar cell monolithically into a tandem device. The hybrid tandem cell showed an efficiency of 18 percent. That is the highest currently reported value for this type of device architecture. There are even prospects for the efficiency to reach as much as 30 percent. Read more

An even more versatile optical chip

(14 September 2015)  Telecommunication networks will soon have to exploit the quantum properties of light. A team is paving the way to this technological revolution by removing the technical barriers of quantum photonics through optical chips. Researchers recently generated directly cross-polarized photon pairs on a chip, a first in quantum optics. Polarization will now be among the controllable parameters for harnessing light, helping the creation of low cost, high performance, energy efficient technologies. Read more

(14 September 2015)  Researchers have developed what they believe to be the first viable strategy for multiplexing radiation in the terahertz range. Terahertz rays may one day enable wireless data networks that are many times faster than today’s cellular or Wi-Fi networks. Multiplexing — the ability to send multiple data streams down a single medium — is critical for any communications network, including those that use terahertz waves. Read more

(14 September 2015)  Sending information with the help of light is the future. It requires ‘light chips’, made of a special glass. Scientists from the UT research institute MESA+ have now managed to equip these light chips – which were already known for their extremely low losses – with new ‘active’ functionalities, such as generating, strengthening, and modulating light. Their chip is capable of creating a very wide light spectrum that runs from blue to infrared, spanning wavelengths of 470 to 2130 nanometres. By doing so they have made a light chip with the largest frequency range ever. The research has been published in the scientific journal Optics Express this summer. Read more

(11 September 2015)  A key potential end user of these chips, developed through the EU-funded IRIS project, will be data centre operators. Data centres house computer systems and associated components such as telecommunications and storage systems that ensure the smooth running of businesses. Companies increasingly rely on their information systems to run operations. Read more

(8 September 2015)  Perovskite is the new buzzword in photovoltaics. And graphene is the buzzword for just about every other high-tech application, including photovoltaics. Now researchers at Hong Kong Polytechnic University have combined these two materials to make a semi-transparent solar cell capable of power conversion efficiencies around 12 percent, a significant improvement over the roughly 7-percent efficiency of traditional semi-transparent solar cells. Read more

(7 September 2015)  Individual perovskite quantum dots can operate as efficient room-temperature single-photon sources (or quantum emitters) that emit photons one by one, according to new work by researchers at the Los Alamos National Laboratory and the University of New Mexico. The materials might be used in light-emitting diodes, with practical applications in displays. Read more